The Ugly Underbelly of Hiring For Cultural Fit 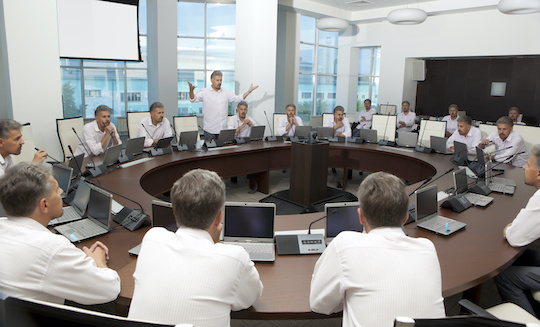 
Hiring for cultural fit gets a lot of attention these days. The premise behind it makes a lot of sense: build a team that shares a common vision and attitude, with the added benefit that they all get along.

Although well-meaning, this focus on fitting your people into a preconceived culture has a dark underbelly that can manifest in lower engagement, lower productivity, and lower profit.

The World is Paved With Good Intentions

Some believe that a good leader should define and shape their organization's culture. It should be set from the top and reinforced by example. This is one of the hallmarks of good leadership: defining the message and then walking the walk.

Defining an organization's culture in this way can be risky. Since it is defined by a single individual (even if they gather input from others), it is subject to several kinds of cognitive bias.

Some common cognitive biases that can show their ugly heads as a result of hiring to fit the culture are:

→ Learn how to combat bias in the hiring process.

Getting everyone on the team to pull together toward a common mission is worthwhile. Many would argue it is critical to operational success. How can a football team win if they don't agree on the definition of what a touchdown means?

It's risky to conflate mission with culture, however.

Mission is the goal but a manufactured culture isn't the way to achieve it.

The unintended consequence of building a deliberate culture is the organization goes down a slippery slope toward homogeneity. If people are only hired based on their fit to some arbitrary and subjective sense of culture, no matter how noble, diversity declines.

Conformity to this ideal of how the team thinks and acts is like a low-grade form of peer pressure.

Let's assume that every company's intended culture is noble and full of social value. That's great, but the fact that people are hired to fit that culture is what leads to homogenous teams. Homogenous teams lead to groupthink and true innovation can suffer.

There are two important take-aways to avoid the pitfalls of hiring to fit your culture.

First, hire team members based on their psychometric fit for their role and let your culture develop organically.

Second, hire people based on their belief and dedication to the mission, not the culture.

By taking these steps, your culture will, in essence, take care of itself.

We have worked with numerous business leaders who lamented the result of hiring to fit a culture. "Culture wasn't making me any money," one corporate executive told us. "I found myself with an unprofitable team that was just like me."

The company recognized the source of the problem and began a process of hiring candidates based on their fit for the role using the Core Values Index and Top Performer Profiles™ from eRep. This led to more a more diverse workforce, all still pulling uniformly toward the common mission, which turned the company around and led to increased profits.

Their culture maintained a lot of the same attitudes and motivations of the original — it still embraced and fostered their mission — but over time it has organically molded into something even more inspiring and genuine.

If you change only one thing, let it be this:

Hire based on fit for the role and let your culture grow organically.