The Core Values Index is the most accurate professional-grade personality assessment available, achieving a 97.7% repeat reliability score in longitudinal studies. No other assessment even comes close (Myers-Briggs MBTI™, DiSC™, etc.).

A recent article presented by BBC News presents a grim picture about the use of Artificial Intelligence (AI) in hiring1. Machines that learn based on the data given to them can adopt biases inherent in that data. If you tell a computer that all the experts previously hired for a role were men, it will assume that ideal candidates for future openings need to be men as well.

This is a classic example of the adage, "Garbage in, garbage out." This phenomena is one of the most notable flaws with the use of AI and machine learning in hiring, and it highlights the ethical and functional duty of AI developers to identify and counter against this formation of bias.

The use of psychometric assessments in hiring is sometimes conflated with AI and machine learning. There is some overlap but for the most part they are different animals.

In the purest form, asking a candidate to complete a psychometric assessment like the reliability leader Core Values Index provides hiring managers with a valuable set of objective data that can be combined with a resume and list of references to make a solid hiring decision.

The key difference between AI and psychometric assessments is who makes the decision: a machine or a human.

We may soon reach a point where psychometric assessment profiles and other objective data points are used by an AI to make a hiring recommendation, or even the final decision itself. Research has shown that hiring decisions made by an algorithm for some roles can yield better outcomes for both the employer and the candidate.

These systems and algorithms must be properly trained, and use unbiased objective data to be effective.

There are benefits to an AI-assisted or algorithm-based hiring decision. Unlike garbage-in-garbage-out AI systems that have been trained with bias-laced data, algorithms that use objective data in their calculus can actually help to eliminate bias.

Unconscious bias is one of the most common flaws in 100% human-based hiring decisions.

Less-than-ideal candidates get placed in positions for all kinds of wrong reasons while ideal candidates are filtered out or ignored. Nepotism and "old boy networks" are perhaps the most egregious. We all know someone who got hired simply because they are related to the Big Boss, yet turned out to be a complete failure in the role.

When candidates are selected based on objective data, however, the harmful influence of unconscious biases is nearly eliminated. Diversity in hiring increases when race or other discrimination-prone characteristics are not revealed.

Currently, the best path to hiring the right candidates for the right roles is through a blended process of both organic and digital data sources and decision-making.

Seek the objective data of psychometric fit with the Core Values Index. This tool reliably calculates the personality profile of the individual to identify the areas and activities where they will be happiest.

Second, calculate the ideal psychometric profile of the role through a Top Performer Profile™ This determines the range of CVI scores that would do best in the role.

Once candidates have taken the CVI and their scores compared against the open position's TPP results, a narrowed down list emerges of those who have highly recommended psychometric fit for the role.

These candidates's resumes are reviewed to ensure their education and experience meets or exceeds minimum standards. Top candidates are interviewed and a hiring decision is made with confidence.

Hiring with TPPs and the CVI is an incredibly efficient process that saves the employer time and ensures candidates are placed in roles where they will shine.

Although objective data is gathered and used, it is still up to human decision makers to select or reject candidates during every stage of the process. This use of objective psychometric data gives people the information they need to make sound and unbiased decisions. It does not make the decision for them.

Candidates matched to a role via the CVI and a Top Performer Profile often exhibit 200% or greater productivity compared to unmatched employees. They also experience 50% or greater reductions in turnover.

To learn more about how Top Performer Profiles and the CVI can help you put the right people into the right seats, we recommend the following resources: 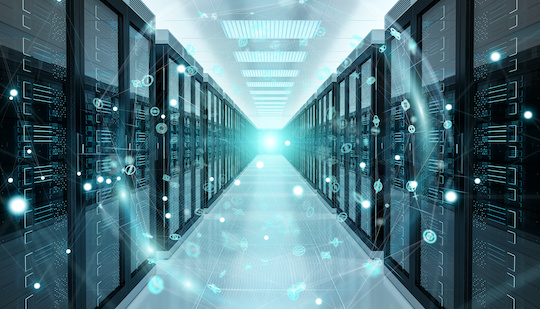