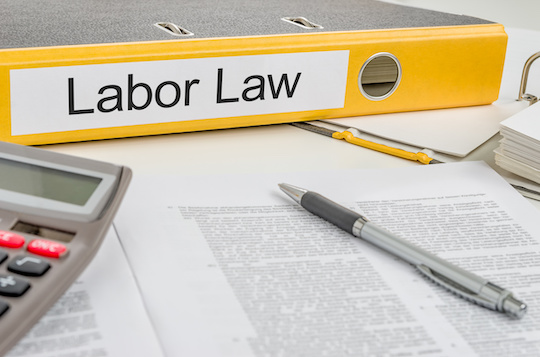 
Do you pay your employees equitably? As a worker, are you paid fairly?

The issue of pay equity has been highlighted recently with the passing of the Pay Equity Law in Oregon, taking effect January 1st of this year (2019). The law specifies that differences in worker compensation cannot be attributable to their inclusion in any of the ten specified protected classes: race, color, religion, sex/gender, sexual orientation, national origin, marital status, veteran status, disability, and age.

→ 10 Things You Need to Know About the Pay Equity Act

We've had a national pay equity law on the books since 1963, but it has several glaring loopholes, the biggest one pertains to job titles. If an employer wants to pay female employees less than male employees, all they have to do is give them different job titles, even if the work they do is identical.

Oregon's law overcomes that by eliminating job title as a consideration. Instead, it uses the term 'comparable character' to identify if jobs are similar enough to be compared.

The definition of comparable character as specified by the State of Oregon is:

Work that requires substantially similar knowledge, skill, effort, responsibility and working conditions in the performance of work regardless of job description or job title.

Compensation is more than just pay

Compensation includes not only wage, but vacation and benefits, among other factors. Take tenure for example. It is possible for two workers who make similar wages but have different tenure (time on the job) to be paid inequitably. This is determined with a simple calculation called Tenure Value.

Divide an employee's annual wage by the number of years they've worked for the company. Compare that to the tenure value of other employees.

Rob makes $23.50 an hour and Susan earns $24 an hour working at an assembly plant. At first blush you'd think Susan is compensated more than Rob.

It is important to note that there can be many legitimate and legal reasons why employees that do similar work get paid differently, including performance, certifications, working conditions, etc. The obligation is on the employer to document and defend why.

The intent and letter of the law addresses inequalities based on the protected classes stated earlier. Rob can't be paid more than Susan because of their inclusion or exclusion from any of the ten protected classes. If Susan is an under-performer compared to Rob, that's another story.

The challenge facing employers is: How do you really know if your employees are being paid equitably?

There are many data points that must be gathered and analyzed. Where do you begin?

The obvious points are duties, wage, tenure, and protected class status. There are many others, but we'll stick to those basics for this discussion. A comparison must be made between employees based on these categories of data. However, employers are not legally allowed to ask an employee about their status in eight of the ten protected classes; only age and gender can be requested.

If an employee voluntarily provides information about their race, sexual orientation, religion, or any of the other protected classes, their employer may record that and use it in their pay equity analysis. They just can't ask for it.

Many employers that read this may feel overwhelmed by all the data that must be gathered, and then feel lost when deciding how to analyze it.

Ignoring the issue is the worst approach.

It exposes the employer to significant financial risk if an employee files a grievance and an audit is conducted.

Up to two years of back pay plus attorneys fees and other penalties can be imposed for violations.

The brute-force method of spreadsheets and elbow grease data entry can get the job done at a very rudimentary level, but this method has serious drawbacks. It can't be easily replicated without a lot of manual effort, and the analysis portion is very tedious. You also must know what you're doing, and that often means hiring outside help at potentially significant cost.

The best approach is to use an automated system like eRep's Apex Advanced Pay Equity Compliance System that uses a streamlined data entry method to reduce inefficient effort to an absolute minimum. It also provides powerful analysis tools that automatically crunch the numbers whenever something changes and identifies problem areas that need further examination.

Apex not only points out known issues, it identifies possible trouble spots that you may not have been aware of such as tenure value and other inequity calculations.

Most employers that pay their employees inequitably have no idea it's even happening.

Finally, employers that subscribe to Apex and use it in an ongoing basis have access to audit and history reports that provides required documentation in case of an audit. This is invaluable information. Doing it manually is equivalent to handing your accountant a shoe box full of receipts during an IRS audit and saying, "Good luck."