10 Things You Need to Know About the Pay Equity Act Share: 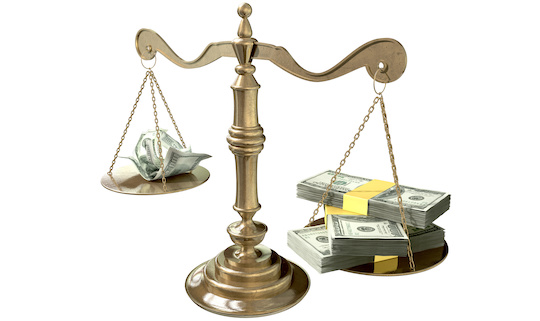 
SPECIAL NOTE: The author is not an attorney and this article is not to be considered qualified legal advice. eRep encourages you to seek legal counsel regarding the topics discussed here.

In 1963, Congress passed the Equal Pay Act. It amended the Fair Labor Standards Act in an attempt to abolish pay inequity based on gender. Although it was a great step forward in recognizing the problem with gender inequality in the workforce, it had some gray areas that allowed employers to skirt the legal requirements and continue to compensate workers differently based on their sex.

Part of the problem with the law was it let a company set pay based on job title. Since job titles can arbitrarily be changed, employers could pay female employees less than their male counterparts, even when their jobs were functionally the same.

Jump ahead to Oregon, 2017. The state legislature passed the Pay Equity Act. It took the Federal Equal Pay Act and clarified some key provisions. Specifically, it introduced the concept of 'comparable character' to define two jobs as being the same if their duties and characteristics were sufficiently similar, regardless of what the positions were called.

If you are a worker or an employer, this law affects you. Here are 10 things you need to know about the new Pay Equity Act.

The Pay Equity Act impacts all businesses regardless of size. Basically, if you have more than one employee, even if they are part time, you must abide by the rules set in the Act.

Although the law took effect in October of 2017, the teeth of the Act started January 1st, 2019. As of that date, an employee that feels they have been paid unfairly compared to others that do the same essential job can sue for damages. Until December 31st, 2023, the suit must be filed through the Bureau of Labor and Industries (BOLI). From January 1st, 2024 forward, the claimant can go directly after the employer.

The first impact of the Pay Equity Act began on October 6th, 2017. As of that date, it became illegal for businesses operating within Oregon to ask job candidates about their past salary history. This previously common request is now verboten. To go even further, a candidate's salary history, even if voluntarily provided by the candidate, cannot be used by the employer in their hiring decision nor can it be factored into the compensation offer.

Although the Act provides a one year statute of limitations for claims against an employer, that one year period begins anew every time the employee gets paid unfairly. Essentially, as long as an employee keeps getting paid inequitably, they get a year from that date to file a claim.

If an employee succeeds in their a claim against their employer that they were paid unfairly, the guilty employer must pay an award of up to two years of back pay plus attorney fees and other damages. Whatever an employer hopes to save by paying an employee less than others that do the same job, it will cost them that and a whole lot more if they get caught.

The crux of the Pay Equity Act centers around pay disparity based on the employee's status among ten protected classes. An employee can have a valid claim if they are paid less than others that do the same job of comparable character (see #1 below) because of their race, color, religion, gender, sexual orientation, national origin, marital status, veteran status, disability, or age.

The Pay Equity Act refers to 'pay' but it is actually based around compensation as a whole. Compensation is more than just wage or salary, it includes bonuses, benefits, fringe benefits or perks, and equity based types of compensation (stock options, etc.)

For example, if all things are equal between two employees that perform the same job, but one gets less vacation time than another (and there is no justifiable reason), that employee can likely file a claim of unfair pay equity under the law.

Not all employees that do the same job must be paid the same. There are many different factors that can give an employer justification for giving their employees different compensation packages. These can include tenure, experience, performance, working conditions, and many others. The point of the law is that the difference must be justified and reasonable and not based on the ten protected classes. This leads us to #3...

#3 It All Must Be Documented

In order to understand how employees are compensated, and to understand if two jobs are functionally the same even when they have different position titles, employers must document and analyze not only their staff information but the jobs themselves. This is perhaps the biggest tangible impact the Pay Equity Act has on employers.

For example, let's assume a fictional employer has two workers named Bob and Susan. They both get paid the same wage and have exactly the same benefits packages. For sake of argument, let's also assume they have identical performance history (reviews, evaluations, etc.) After documenting their work history, the employer finds out that Bob has worked in his position for just two years and Susan has worked in her position five years. Susan may have a valid claim of pay inequity because it took her five years to get paid what it only took Bob two years to earn.

Employers are in a somewhat precarious position. They must ensure employees are not being compensated unfairly based on ten protected classes, yet they cannot directly ask about an employee's inclusion in most of those classes. For example, an employer can determine an employee's age but they cannot ask about that employee's religion or sexual orientation or ethnicity, etc.

It is advisable for employers to seek legal counsel that specializes in human resources and hiring matters to determine how best to engage in hiring and staff management practices to ensure they aren't attempting to comply with one law while violating another.

A key difference between the Federal Pay Act of 1963 and the Pay Equity Act of Oregon (2017) is the concept of 'comparable character.' This means that two jobs that are functionally the same but have different titles are still considered the same under the law.

Work that requires substantially similar knowledge, skill, effort, responsibility and working conditions in the performance of work regardless of job description or title.

A thorough inventory of every position held in the company is required to establish comparable character. This must be done on an employee by employee basis. For example, a manufacturer of auto parts must inventory the position characteristics for every employee on the assembly line, not just a generic ?assembly line worker? inventory and assume everyone that holds that position is doing the same job.

Employers must gather staff details and inventory every position held within the company, then conduct a Pay Equity Analysis on that data to identify where compensation equity exists and where it doesn't. Corrective steps must be taken when inequities are found.

Compliance with the Pay Equity Act is not a one-and-done situation. A pay equity analysis is strongly suggested at least once every three years, but ongoing compliance by updating the staff and job inventory every time a change event occurs is the best practice. Change events include new hires, promotions or demotions, relocations, performance reviews, new benefits packages such as a different health insurance plan, raises, etc.

This is one of those things that is easier and cheaper to maintain on an ongoing basis than it is to perform a heavy lift every few years. In addition, ongoing maintenance of your staff and job inventory with an automated Pay Equity Analysis system will ensure inequality won't be occurring without your knowledge. Remember that two years of back pay penalty from #7? It would be a lot cheaper to correct a situation with a week's notice than it would to find out a year later.