I nearly changed my career because of a bad boss Share:

I was over a decade into a career I loved when I landed a new job at a financial services firm as a systems analyst. After six months I was promoted to Systems Support Manager, in charge of the systems and applications support team. The work I was doing was enjoyable and was appreciated by the team and the internal clients I supported.

Things seemed to be going well, with advancement and solid future prospects. There was only one problem. I was profoundly and deeply unhappy.

I began to wonder if my career choice was at fault, not just the job. The idea of changing directions entirely began to form in my mind. I started researching new career paths and none of them were in the technical field.

It was that bad.

In my exploration of new paths, the one I latched onto the most was massage therapy. I even visited a massage therapy school and began the application process. One of the things that attracted me to it was the fact that the therapists actually reaped more stress-reducing benefit from giving massages than did the clients receiving them. That's the job for me!

Before I could take the leap into something new, management told us our company was being purchased by a massive insurance company based in Europe. Every position in our office was on the chopping block.

I needed to pay my bills and couldn't afford to quit work to attend eighteen months of massage therapy school, so I called a recruiter and asked to get placed in another software development role. Within a week I had another job lined up.

My last day at the financial services company was on a Friday, and I started the following Monday at my new job. It was a fast-growing dot-com and I could continue working as a software developer while I saved money for massage therapy school.

Within weeks at my new job I noticed something unexpected. I enjoyed the work I was doing, the people I worked with were great, and my boss was fantastic.

That was not what I anticipated.

I reflected on my previous job and eventually understood where the source of my discontent was coming from: I had a bad boss. Everything about the way I was managed tainted the experience, so much so that it made me think my entire career had been a bad choice.

Although I was ready for a change, the level of change I was contemplating was substantial and totally unnecessary. Since then, I've added two more decades to my IT career and have experienced no further doubt.

Jump forward to 2016. I took the Core Values Index psychometric assessment as part of a job change, and the results blew my mind. They confirmed that I am hardwired for my career path, and I felt vindicated that I made the right choice by staying the course.

One of the most useful things I learned when taking the CVI is how all the core value energies see the world, not just my own. This helps me understand how other people are hardwired.


Because of this knowledge, I can now look back and understand that my previous boss's Core Values Index profile did not align with her role. She not only had a bad boss (it rolls downhill, as we all know), she was also tasked with running a department in a way that was significantly different than how she was hardwired.

In essence, I was in the right role for my psychometric profile but my boss was in the wrong role for hers.

There is a common adage that people don't quit jobs, they quit bad bosses. That proved to be true in my case.

I wonder what the appropriate CVI profile is for massage therapists? I'm glad I never found out the hard way. 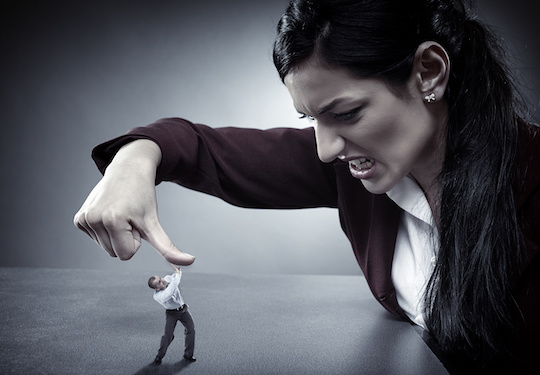