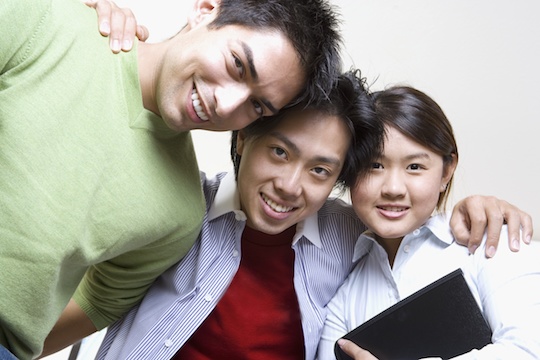 The term culture is all the rage nowadays in workplace social media circles. Human Resources folk spend a lot of time attending seminars and reading articles from industry thought leaders on what culture means and how to foster it at the individual, team and corporate level.

A key component of successful goal setting and management is defining success. What will success look like once you've achieved your objective?

Unlike art, you can't easily define culture as "you know it when you see it."

When the effort is undertaken to foster and grow a positive sense of culture within your organization, what will success look like?

There are some (including this author) who feel that culture is really just a trendy buzzword for what is essentially an empowered and engaged workforce.

Breaking this down, it can be argued that culture itself cannot be defined because it isn't a thing in itself. Rather, culture is the sum of the parts that individually contribute to a healthy environment where individuals feel a sense of what MihÃ¯Â¿Â½ly CsÃ¯Â¿Â½kszentmihÃ¯Â¿Â½lyi described as a flow experience1: they receive immediate feedback, they have confidence that they can succeed, and they become so engrossed in their activities that other needs and issues fade away.

Others argue that culture is more about the collective attitudes and ideals of the team. This definition is often referenced during the hiring process when attempting to bring in new team members that share the same values and viewpoints of the existing staff. Sadly, this can take the form of an unconscious bias where people instinctively are drawn to those similar to themselves. Research has shown that hiring people outside of the existing culture (however that may be defined) can actually yield emotional and social benefits to the team; in other words, it can actually build and strengthen cultural growth, not degrade it.

Pursuing the growth of culture within a team by focusing on the emotional and social behavior of staff is a dangerous road. This kind of proactive hands-on approach requires surgical precision on the part of HR staff and company leadership, with peril immediately waiting on both sides of the scalpel.

Another way to look at this approach to building culture is to focus on hiring the best people for the job, give them everything they need to be empowered and engaged, and a strong and healthy culture will grow and develop on its own.

Driving culture from the top down is risky because it can implicitly feel like attitudes are being dictated or restricted from on high. Smart, capable workers will likely resent this approach, and nothing makes a smart and capable person feel more frustrated than being told how to think.

To be clear, let's not confuse this idea of top-down culture drive with leadership. They are not the same. In fact, it can be argued that a great leader doesn't dictate anything. Great leaders inspire others to be the best they can be, not mold them into a clone of what they think they should be. Mandating culture is not leadership, and it certainly isn't inspirational.

Create a strong and healthy culture within your organization by building the team with top performers, capable individuals who were hired specifically for their role (psychometric assessments like the Core Values Index really help). Then empower them with the clarity, purpose and feedback they need to succeed. As they thrive, watch as your culture grows and thrives as well.