Single Point of Approval: A Formula for Lower Profit and Bad Hiring Share:

Does your organization have a single point of approval in the recruiting and hiring process?

Although the use of AI to make hiring decisions has proven to be hit or miss, studies have shown that the use of algorithms that place increased weight on the psychometric profile of candidates often results in better hiring outcomes.

The unconscious bias in the recruiting and hiring workflow.

One of the more egregious sources of unconscious bias is found when companies have a single point of approval in their recruiting and hiring process.

To put it simply, if you have a single individual placed in a position where their sole decision determines who gets hired and who does not, your entire employment outcome is subject to that person's conscious and unconscious biases. Furthermore, it is heavily influenced by their subjective experience, expectations, and constraints.

Shift from Subjective to Objective

Although we aren't yet at a place where algorithms and artificial intelligence can handle the entire screening and hiring process, we are getting closer.

There have been some missteps with AI-assisted hiring systems, notably Amazon, where the data used to program and train the AIs yielded biased and inappropriate results. This is a classic case of garbage in, garbage out.

In some ways, this faulty output can be attributed to the problem of single points of approval. Because homogeneous data was fed into the system, it produced narrow results. That single point of input carried with it a form of bias, producing the faulty outcome.

Despite these early stumbles of computer-assisted hiring and screening systems, there is growing data that shows reducing the role or influence of subjective human decision-making from the process yields better hires.

The trick is to shift the decision-making process away from the subjective and toward the objective.

Even if your organization is very small and all hiring decisions are made by a single individual (you), there are still ways to harness the power of objective data to make a hiring choice.

The use of psychometric profile data has been a staple in the business world for decades. The premise of these tools is to identify the objective characteristics of job candidates, then match them to the needs of the role.


The premise is sound but not all psychometric assessments are created equal. The most common and well known — Myers-Briggs Type Indicator (MBTI) and DISC — are frequently used but are barely more accurate than choosing candidates based on a coin toss.

The most accurate and reliable psychometric assessment available, and really the only choice for hiring, is the Core Values Index.

The CVI works by objectively capturing the innate, unchanging nature of the individual. The assessment works through word association and cannot be 'gamed' by the candidate to produce a result they think will help them land the job. The CVI only takes about 10 minutes to complete yet the accuracy and depth of the results are unsurpassed by any other assessment or personality profile tool on the market today.

It Takes Two to Tango

To produce the most accurate hire possible, a two-phased approach is used. The role itself is analyzed using a Top Performer Profile™, or TPP. This methodology focuses on the requirements, tasks and duties of the role and produces an ideal Core Values Index profile.


Candidates take the CVI and their scores are compared against the role's TPP score. Those with the highest match are reviewed using traditional methods — a human reviews their education and experience — and the top two or three candidates are interviewed.

At eRep, we have several years' worth of data showing the positive outcomes employers experience using the CVI and Top Performer Profiles in the hiring process. Candidates hired with CVI profiles that are highly matched against a role's TPP outperform their peers.

Candidates hired with a CVI profile that is 'highly recommended' against a Top Performer Profile of the role are often 200% more productive than their non-matched peers, with 50% or lower turnover.

Although the final decision is most often made by subjective human opinion, typically any of the top two or three highly matched candidates that have been screened to ensure they have the required education and experience for the role would likely be rock stars in the role. 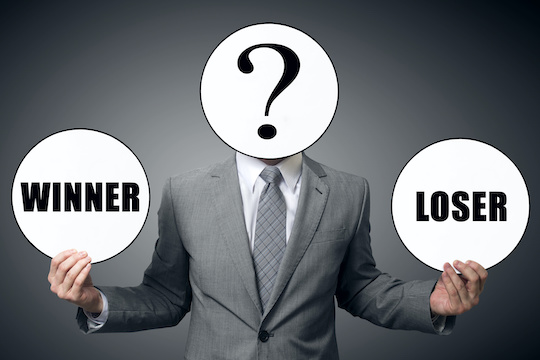