Killing Bias in Hiring with the Core Values Index Share:

One of the most underrated advantages of the Core Values Index psychometric assessment is its ability to significantly decrease the influence of bias in the hiring process.

By focusing on the innate, unchanging nature of each candidate and comparing that to the psychometric profile of the role, the hiring organization practically eliminates the opportunity for biases to influence the selection process.

Bias takes place when humans consciously or unconsciously insert their subjective rationale into the screening process. Human bias doesn't take hold until bias-prone information about the candidate becomes known, however.

For example, a hiring manager cannot give weighted preference to candidates from a particular college until they know where the candidates went to school. Applicants of a certain race, age, or gender cannot be excluded until those details are revealed as well.

To combat this, the hiring process should screen candidates as thoroughly as possible using objective data before allowing personal details to become known.

1. Assess the psychometric profile of the role by conducting a Top Performer Profile™. The TPP process produces an ideal CVI score within a particular range that applicants must fit within to be considered a 'high recommend' or 'low recommend' for the role.

2. Ask all applicants to take the Core Values Index as part of the application process. At this point, each applicant is only known by their CVI scores, which feed into the Applicant Tracking System (ATS).


4. Continue with the traditional screening process of reviewing resumes and conducting interviews of that small, pre-selected group of highly recommended candidates.

This process of pre-screening candidate CVI scores against a TPP saves a ton of time in the hiring process. That saves you money, too.

Until the organization reaches step 4, candidates exist as objective data, a set of numbers that practically eliminate the opportunity for human bias to influence the selection process. It is only once a final group of candidates are selected for resume screening and interviews that bias can play a role.

The hidden benefit of this process is that hiring any of the final three to six recommended candidates would likely result in a highly successful choice. Picking one from that group is really just a matter of narrowing the field based on experience and qualifications.

For more information about the influence of bias in hiring, visit these articles:

→ The Value of Diversity 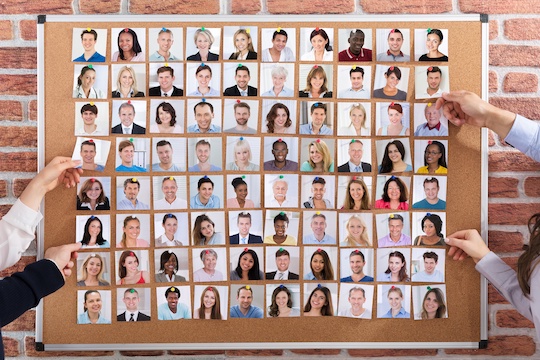