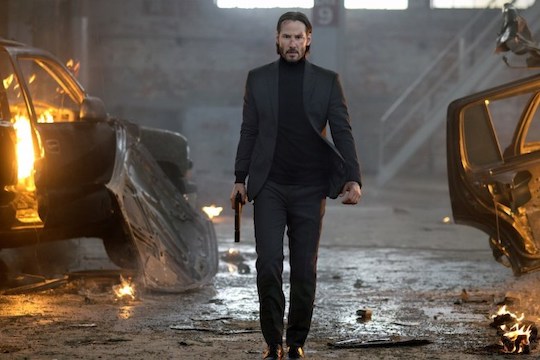 
He is more than a retired assassin, John Wick is a compassionate loner that only kills those that deserve to die. While mourning the death of his wife, they stole his car and killed his dog. This re-awakening of the life Wick hoped to leave behind highlights his humanity as well as his ruthless and shockingly effective ability to destroy his enemies.

In this article, we are going to use the Core Values Index (CVI) to analyze the psychometric profile of John Wick, one of the most iconic fictional characters of our time.

Five years before the story begins, John's wife died, motiving him to retire and swear off his life-long vocation as a professional assassin. To assuage his depression, he got a dog and showed remarkable tenderness to the animal despite the fact that he (until recently) killed for a living.

Some thugs steal a souped-up muscle car and when they find out it was John Wick's, fear spreads throughout the criminal underground like a norovirus outbreak on a cruise ship.

The thugs then kill his dog, which is the last straw that brings him out of retirement and back into the business of striking well-founded terror amongst his enemies.

The story could have ended after Wick gets his car back, but when the bad guys kill his dog, that was too much and John returns — breaking his self-imposed vow to his dead wife — to hunt down and eliminate those who wronged him.

As John Wick mows through thug henchmen and rival assassins with shocking efficiency, we see three personality characteristics that reveal his psychometric profile.

In the parlance of the Core Values Index psychometric assessment, John Wick is an Innovator/Builder. His Innovator energy is expressed through his intense and genuine compassion for his dead wife and [now dead] dog. The Innovator exhibits the highest level of compassion amongst the four core value energies.

The Innovator is also known for their ability to creatively solve problems. An Innovator feels there is no challenge they can't solve with enough time and creative energy. Wick never lets up in his ability to mastermind solutions to his most common challenge — killing his enemies. Time and again, he outsmarts his opponents. Even when they get the jump on him, he quickly finds a solution that gets him out of the sticky situation.

The third characteristic that reveals Wick's psychometric make-up is his decisiveness. In the CVI, that is called Builder energy. Builders are the archetypical 'get it done, now' kind of people. Quick, decisive action is their trademark, and once Wick uses his Innovator energy to come up with a solution, his Builder energy kicks in and he acts without hesitation.

A prime characteristic of Innovator/Builders (and Builder/Innovators) is their independence. Once they know their objective, they like to get it done in their own way. The worst thing you can do to someone with these two energies in their primary and secondary core values is micromanage them. John Wick demonstrates this independence throughout the story.

Fortunately, real world Innovator/Builders are not assassins. They are truck drivers and security guards and independent contractors in all kinds of useful and legal fields, wearing white and blue collars and uniforms of all stripes. Give an Innovator/Builder an objective, then stand back and watch them efficiently achieve it.

What is your core values index psychometric profile?