Getting To Know Your Authentic Self: A Personal Journey With the CVI 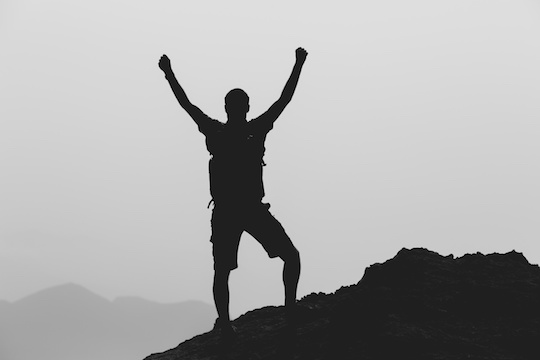 
Once I read my full CVI report, I uttered those famous words we hear so often from people who take the CVI, "How does it know me so well?"

What started out as a means of landing a job turned into a journey of self discovery.

Forgive the clich&eacute. It's rarely a good idea to start a story that way, but the motivation to give away the happy ending can sometimes be overwhelming.

My story definitely has a happy ending, but we'll get to that at the proper time.

To begin at the beginning, I was between jobs and a good friend referred me to the owner of a small but growing employment firm. "Send the owner a quick email letting him know you're looking. I'll let him know to expect your message," I was told.

I composed the email that afternoon and hit send. Within an hour I got a reply back from Travis Stovall, founder and CEO of eRep. I'd never heard of eRep before so I checked out their web site. They offered something called the Core Values Index, a psychometric assessment, along with a jobs board. "Take the CVI," Travis requested, "and I'll see if any of our clients have positions that fit your needs."

I took the Core Values Index assessment and waited for a response. A day later I received an unexpected answer. "I've reviewed your resume and CVI and there may be an opportunity to create a position for you at eRep."

This was my first exposure to the CVI and it was startling. How could they consider creating a new position for me based primarily on my results from a psychometric assessment? The idea was foreign to me.

We arranged a face-to-face meeting between myself and the CTO of eRep. We met at a Starbucks and ended up talking for nearly three hours. He and I discussed my background and skills, but we primarily talked about my CVI profile and how it has shaped my career.

I was hired a week later and have been at eRep ever since.

This story isn't about how the CVI can help you land a job, though. It can certainly do that, and matching candidates' CVI profiles with specific roles is hugely successful at bringing enthused, happy employees and employers together.

Rather, this story is about how the Core Values Index provided me with insanely accurate clarity and definition of my innate unchanging nature.

Part of the process I went through while interviewing with eRep was to review my full CVI report. The initial report I received after taking the CVI was brief but informative, but once I read the full report (17 pages!) I was blown away. I uttered those famous words we hear so often from people who take the CVI, "How does it know me so well?"

My position at eRep was literally created and molded based on my particular profile. In CVI parlance, I am an Innovator/Banker, with a profound Innovator score of 27 (out of a maximum of 36). This means I love solving problems and challenges, but I also love the gathering and dispensation of information and knowledge. My role as senior project manager and chief writer at eRep matches that quite well.

One of the things I've learned about the CVI is that it defines where we are the happiest. I've done things in my career with a certain amount of success that were actually contradictory to my CVI profile, and thinking back on this brought some confusion.

After learning more about how the CVI works and reflecting on my past experiences, I realized that whenever I was in a place that contradicted my profile, it took a lot more work and effort to achieve success than should have been necessary. If I had been living within my happy place, as I like to call it, it would have felt a lot easier.

Finding a role that aligns with your particular CVI profile makes the work seem easy, and at the risk of using another clichÃ©, it feels as if you're on the right path the entire time.

In the two years I've been working at eRep, I've been fortunate to meet many people who have taken the CVI. I've heard their stories and listened to the amazing way it provides awareness and enlightenment about themselves. The CVI both confirms what we already suspect about ourselves and brings new information that opens up entirely new paths forward in life we had no idea were available.

As we come to the end of this story, I find myself in a job that matches the person I truly am. It feels like a convergence of my previous career and life experiences into a single point of success. "It just fits," is how I think of my role, as if it was created specifically for me.

It was, of course, but what I'm talking about goes way beyond that.

I have found my authentic self and for the first time in my life I truly understand myself and where I belong.

I encourage you to discover your authentic self by taking the CVI today. It costs less than $50 (there?s even a free version) and only takes about 8 minutes.