No, he's not the Director of the Central Intelligence Agency (although he's certainly got some qualifications for the role). He's our favorite jolly gift-giver, Santa Claus.

We all think we know him, but do we really?

Santa sneaks into our homes during the night when we're asleep, and instead of stealing our valuables, he leaves gifts. Not only does he take the time and care to wrap the presents, each is custom tailored to the specific desires of the recipient. This requires forethought and detailed knowledge of the individual and their personality.

It would take more than accessing our browsing history to do that. Fortunately, Santa is as good at keeping secrets (we hope) as he is at discovering them.

Santa Claus likes milk and cookies and doesn't judge us for our own dietary choices. One of the things we like about Santa, especially as we gain a few pounds during the holidays, is we know he won't be fat shaming any of us, not even from a secret alt account on Twitter.

One of the hallmarks of Santa Claus is his sense of justice. He not only knows if we've been bad or good, he acts on that highly sensitive information with fairness and objectivity. He does tend to err on the side of leniency, though. Many children have received much-desired gifts when they arguably deserved coal instead. He is compassionate.

Besides the fact that he has zero employee diversity in his workforce, Santa Claus is a very generous employer to his workers. Turnover is practically nil and employee engagement and happiness are off the charts — clearly he uses eRep's Performance Fuel and Happiness Index services. With employee performance and productivity like that, Santa's Workshop obviously uses the CVI to screen candidates against Top Performer Profiles™ of each role. He puts the right elves in the right seats.


It takes a certain kind of personality to run and operate such a special organization. Coupling a strong sense of justice and immaculate attention to detail with a deep and compassionate commitment to the happiness and social connection of others indicates Santa Claus likely has the well-rounded Core Values Index psychometric profile of a Banker/Innovator/Merchant. 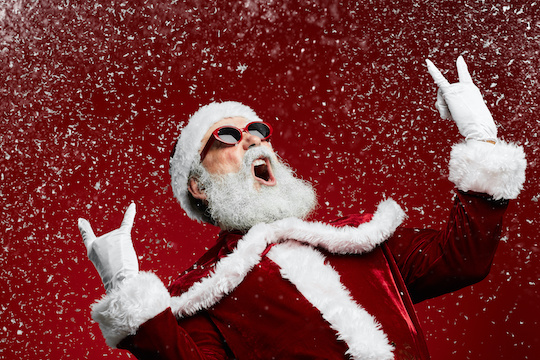