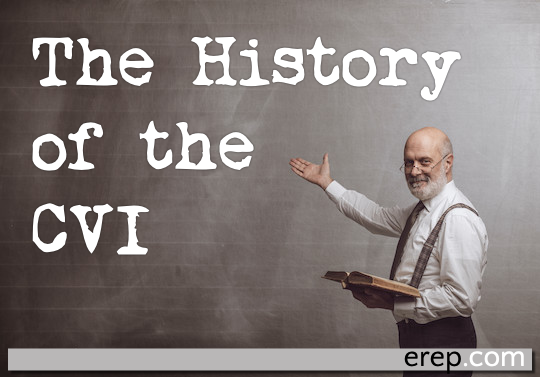 
History of the CVI

Compared to other well-known psychometric assessments, the CVI hasn't been around a long time but its future is as bright as ever.

When a bright and capable young man named Lynn Ellsworth Taylor found himself bouncing around between occupations, he knew something was wrong. There was a disconnect between what he was doing and who he was.

As with most great inventions, Taylor's solution evolved over time but it soon became clear it was the answer to a problem that people have faced since the Industrial Revolution.

The remedies of the time were found sorely lacking but Taylor's solution showed early promise and has since weathered the test of time. This success wasn't just subjective speculation, though. Hard data proved it to be the answer you could rely on the most to the age old question, "Who am I? What am I meant to do with my life?" 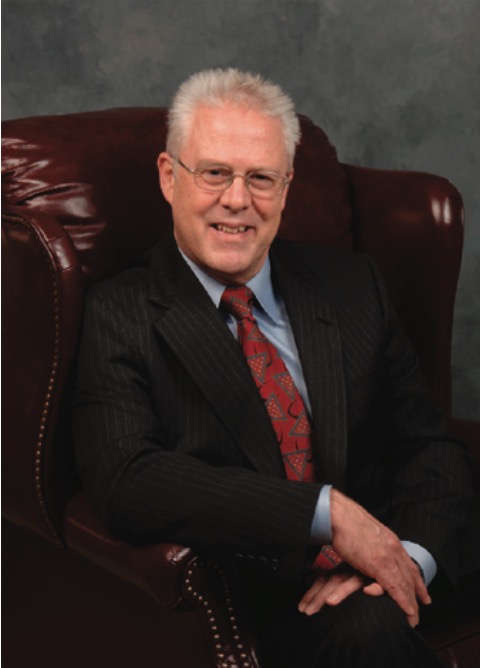 Lynn Ellsworth Taylor was born in Seattle, Washington in 1949. He graduated from Warner Pacific College in Portland, Oregon in 1971 with a BA degree in English and Journalism, with a minor degree in Psychology and in Sociology.

The early part of Taylor's career was spent working in various jobs, including window cleaner, teacher, poet, and as a marketing and sales executive. He co-developed the first noninvasive cardiac output computer. This work required Lynn to help create algorithms for pattern-recognition and pattern-matching. In 1983, Taylor applied his algorithm knowledge to speech technology, creating the first IBM PC-compatible speech-recognition system.

These diverse jobs bounced him around different cities across the country from Seattle, Washington to Boise, Idaho to Cleveland, Ohio.

Throughout this time, Taylor has continued to work as a businessman-poet and author. He recently published his fourth collection of poems, in a book titled Stones. He is also the author of Choices: The Handbook to Core Values Consciousness and The Grass Is Greener: Joining the Better Work-life Revolution.


Genesis of the CVI

Lynn Taylor's trials and tribulations in pursuit of his own optimal career path, as well as his work to assist others in search of their own path, led him to create the world's most reliable and accurate psychometric assessment, the Core Values Index™.

As Taylor put it in his book, Choices:

"...I created the Core Values Index and its inherent revelation of the Human Operating System™ that exists in all of us. I found myself helping one of my clients through one of his critical life path choices..."

Spurred on by his work to assist a friend and colleague through some difficult professional challenges, Taylor developed a method of honing in on the characteristics that make up a person's innate, unchanging personality. He called them core values and they became the foundation of what would become the world's most accurate and reliable psychometric assessment, the CVI.

Taylor knew his psychometric assessment needed to meet some stringent requirements. To start, the assessment couldn't be fooled by someone attempting to achieve a particular result. For example, what if you asked someone during a job interview for a retail store clerk position, "Would you ever consider stealing from the cash register if you knew you'd only spend the money on gas to get to work the next day?" There is a high likelihood the candidate would know how to answer that question to keep from being excluded for consideration.


Taylor's assessment had to discern someone's unchanging core values without them knowing how the potential answers would result in any particular outcome.


Taylor also knew his assessment needed to produce consistent and reliable results no matter how many times someone completed it, or how far apart in time their assessments occurred. This is called repeat reliability and it is one of the most precise ways to determine the validity and — reliability — of an assessment.

Finally, Taylor wanted an assessment that wasn't a one-trick pony. It had to be just as useful for an individual seeking personal happiness as it is for job candidates in the workforce. Many competing assessments available today are only useful in hiring or other professional applications (some are no more useful than a coin toss).

Lynn Taylor's goals were met in spades. In 2014, Seattle Research Partners released the results from a longitudinal study of the Core Values Index. They analyzed results from over 500 assessments conducted between 2002 to 2013 and found it to be the superlative psychometric assessment on the market, achieving an unprecedented — and unmatched to this day — 97.7% repeat reliability rating. What does that mean?


If someone took the CVI today and takes it again 5 or even 10 years from now, their results would likely differ by less than 3%. No other psychometric assessment even comes close to that level of accuracy or repeat reliability.

Since the Core Values Index was initially launched in 1998, it has proven its value across all walks of life and in every sector of the working world. Employers have learned to rely on the CVI and related hiring tools like Top Performer Profiles™ to match candidates to roles based on psychometric fit.

Individuals have used their CVI report to understand their own human operating system to find greater personal and professional happiness. Learning how you tick is of extraordinary benefit when pursuing the ideal career, job, or even hobby.

Couples have used the CVI to better understand each other. It has helped them improve communications and even conflict resolution. Being able to know how another person sees the world and prefers to operate within it does wonders for relationships.

Students have been using the Core Values Index in increasing numbers as a way to make better choices as they plan their careers. Picking the educational track that's right for you has never been easier — or more accurate.

The future of the Core Values Index is bright. Employers are using it for accurate hiring. Workers and students are relying on the CVI to find their ideal career path. Individuals are learning more about their innate, unchanging nature and gaining profound insights into how they tick.

The Core Values Index psychometric assessment, created by Lynn Ellsworth Taylor, is a profound example of how a single individual can look at a problem that needs to be solved, apply their own experience, education, and perspective, and find a solution that can truly make the world a better place.

Get unlimited job listings on eRep.com/jobs/ by signing up for an Employer Account today. → Sign Up Now