The Role of AI and Psychometric Data in Hiring Share: 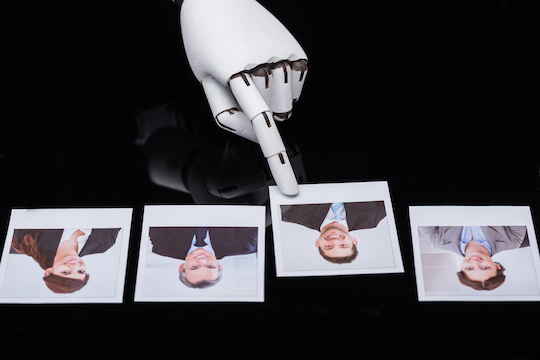 
We all know that new buzzwords zip in and out of the working world at a rapid pace. It seems there's a new catchphrase every day. One buzzword in particular — AI, artificial intelligence — has a lot of traction lately, especially in hiring circles. Human Resources professionals seem to be more polarized about AI than college football fans during a Civil War game.

The crux of the issue is whether or not hiring managers and recruiters should use use objective data as part — or all — of their hiring decision.

At eRep, we provide services that utilize the Core Values Index psychometric assessment to inform the hiring decision. The open role is analyzed using a formalized process to determine an ideal psychometric score we call a Top Performer Profile™ or TPP. Candidate psychometric profiles are compared against the TPP to determine a degree of fit. Both use the same scoring system.

This use of psychometric data in hiring is contentious among HR professionals. Some see it as heretical and a gross insult to the value of human intelligence, judgment, and even emotional intuition when selecting candidates. Others view it as the next leap forward in hiring methodologies.

What do industry studies have to say about the use of AI and data-based algorithms in hiring?

Evidence is mounting that computers may be better at making hiring decisions than humans.

It will be a while before real living and breathing humans are taken out of the hiring loop, however. In-person or even remote interviews aren't going away any time soon. Regardless of what a computer analysis may say about a candidate's match to a role, you still need to determine if you will get along with the candidate.

Let's examine two examples. In the first, a hiring decision is made the old fashioned way, with nothing but human screening and review of resumes and in-person interviews. In the second, only psychometric and other objective data are used to make a hiring decision, without any human interaction at all.

The first scenario is commonplace and is the default that most companies utilize when filling roles in their organization. The second data-only approach is new and still relatively rare.

Which method produces the best hires?

Between the two, evidence shows that the data-only approach has an edge more often than not. Some big names like HP and Amazon are testing this method and achieving promising results.

Data-only hiring methods are not a panacea, however. The approach of matching objective role profiles with candidate psychometric assessment data is an efficient way to winnow candidates down to just a few. Those select few are then interviewed in person, but at that point, those who are 'high recommends' — typically 3-5 candidates — would make great hires one and all; the rest is just picking the candidate with the extra edge to set them apart.

In essence, the use of the CVI-TPP combination of individual psychometric assessment and role profile data radically improves the efficiency of the screening process, narrowing the field down to just a handful of excellent candidates. After that, traditional human-guided hiring decisions make the final move.

A pure AI or computer-only hiring decision may not make sense for some positions. For companies with large numbers of homogenous, unskilled positions to fill, it may be the cost-effective choice organizations need.

Any computer-only solution that does not use psychometric data from the Core Values Index will likely have an input port on the back of the server where the snake oil is poured.