The Insidious Nature of Unconscious Bias 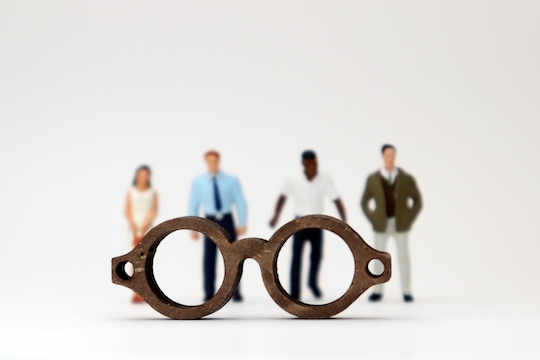 There is a difference between racism and bias, but both can be conscious or unconscious. While racism is a belief that each race has different attributes, along with a belief that one or more races are inferior to others, bias is often more subtle. It implies an inclination or predisposition toward a certain viewpoint. Bias can be about race but it can also be about many other things.[1]

One of the most common forms of unconscious bias is Blind-spot bias.

In many ways, most of the common forms of bias are unconscious. We don't seek out bias or revel in the fact that we arbitrarily prefer one thing over another.

Examples of bias are:

In all of these examples, the bias exists but at an unconscious level. The types of bias present in these examples are, respectively: stereotyping, salience, bandwagon effect, and confirmation bias.

Unconscious bias goes well beyond the scope of hiring and choosing restaurants, however. It negatively impacts our perceptions and actions in social and legal matters as well.

When we watch fictional TV shows and movies that consistently depict the terrorist character as being a swarthy Middle Eastern man with an Arab accent, we can develop an unconscious bias that all terrorists are Muslims, and even more insidiously, that all Muslims are terrorists.[2]

Stereotypes are formed from many sources and we carry them with us in daily life whether we realize it or not.

When we are confronted on our biased views or behavior, most of us deny it.

We rationalize this reaction because, since our bias wasn't intentional, it doesn't exist.

Unconscious bias acts like a kind of emotional gravity, pulling us toward decisions and actions that may not serve ourselves or others in the best way. We can be drawn away from better choices without realizing it. We hired the candidate from our alma mater even though the other candidate may have been a wiser choice.

Just because a bias may be unconscious doesn't absolve us from the responsibility for its effects.

We must educate ourselves about the different types of bias that exist and be self-aware of their influence on our thoughts and actions as we go throughout our day.

Getting rid of the insidious effect of unconscious bias takes more than just learning about it. When we identify it in ourselves or in others within our sphere of influence, we must actively take steps to counter it.

It is important to choose a restaurant in a safe part of town, but learn the actual crime statistics before you make that choice. Base your decisions on facts, not emotions or uninformed stereotypes.

Don't choose a job candidate just because they went to the same school as you.

Vote your conscience and the facts, not based on peer pressure.

Get your news from many sources, and don't be afraid to conduct some simple due diligence to verify claims.

Above all, recognize that everyone is influenced by biases to one extent or another. We are human, but we are also able to change and grow. This growth of identifying our internal skews and undue influences and then actively overriding them is our responsibility as citizens of the human race.

[1] For more information about the difference between racism and bias, see: https://wikidiff.com/racism/bias

[2] Based on a data set of terrorist incidents from the Center for Strategic & International Studies, the most significant threat [of a terrorist attack within the U.S.] will likely come from white supremacists. See: https://www.csis.org/analysis/escalating-terrorism-problem-united-states