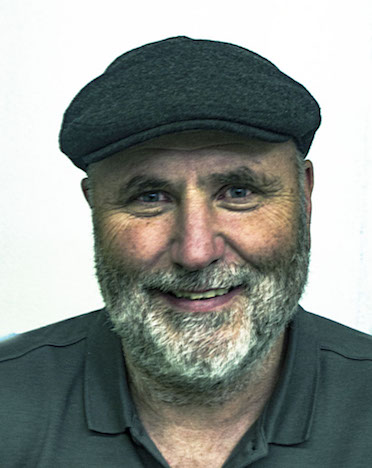 
I met Kyle Campbell, owner of Portland-based Veenhuizen Painting Specialties, during his visit to eRep's world headquarters in Gresham, Oregon. I started by asking Kyle how he came to learn of the CVI.

Kyle leaned forward, forearms on the table, and calmly retold of his history prior to purchasing Veenhuizen Painting. "I have a background in counseling as well as the ministry, so I am somewhat familiar with psychometric assessments." Kyle added that he also spent many years flipping houses working as a construction contractor.

As Campbell spoke, I began to form a picture of what his CVI profile might be based on the diversity of his work experience, as well as his predilection for helping others solve problems. I felt vindicated when Kyle told me he is an Innovator/Builder.

"Back in 2013, I attended a continuing education seminar for those in the construction trades, and one of the speakers was this guy named Travis Stovall [founder of eRep]. After hearing Travis and learning he was a business coach, Kyle asked Travis to coach Veenhuizen.

Travis introduced Veenhuizen to the CVI assessment. "What he talked about regarding the CVI really resonated with me," Kyle explained. He began to speak a little faster and he moved around in his seat with obvious enthusiasm. I asked him to describe the problems he was facing at that time in his business.

"I purchased Veenhuizen Painting from the founder, a friend of mine, when he retired. It didn't take long to realize there were problems that needed solutions," Tapping his fingers to count them off, he said, "There were operational problems, sales problems, staffing problems. It was a lot to address in a short period of time."

"How did the CVI impact your effort to solve those challenges?" I asked.

"The first thing I did was have the entire staff take the CVI."

"Immediately we learned that some folks weren't in the right seats for their profile."

Not all CVI activities involved letting someone go and hiring a replacement. Part of Veenhuizen's implementation of the CVI involved shifting some staff into different positions within the company, to great success. "It was a win-win, and that kind of change based on CVI information is what has turned the company around. We're now very profitable, employees have higher wages and bonuses, and morale is better because the CVI placement significantly helps get the right people in the right place. And because we use the CVI to pre-hire test, we know if a person fits before the interview.

At this point Kyle was gesturing and talking rapidly, excited by the success the CVI has given him.

"In fact," he added, leaning back and smiling broadly, "in four years now I make more than ever and I now work about sixteen hours a week instead of fifty. The CVI has been the most important single factor in creating this success."

Campbell added, "I'm an Innovator/Builder, which means I naturally have ideas, find solutions, and create systems for a better future. I don't waste time or delay pursuing something that works. But maybe even more importantly, I realize how my team members are better at managing these new systems long term. Their day to day management and work product is much better than mine. That's the power of the CVI."

Kyle and I talked a bit more about how the Core Values Index has helped his painting company achieve success, but it was clear to me that he had become a big believer in the CVI on a personal level. "It changed the way I see my own strengths and weaknesses," he added. This is a consistent refrain I hear from every business leader I've spoken with about the CVI.

Campbell said he has become a vocal advocate for the CVI and has pushed partner businesses to adopt it in their organizations. "We all win," he said.

Adoption at Veenhuizen and at home wasn't the only thing Campbell did. He even read Choices, the seminal book about the Core Values Index, written by its creator, Lynn Ellsworth Taylor.

Kyle had a meeting with eRep CEO Travis Stovall that was scheduled to begin shortly, so to wrap up I asked Campbell to describe the moment when he fully realized the power of the CVI.

Kyle smiled wide and said, "I knew it was the real deal when I was able to delegate things I had always done to people who did an equal or better job than I did. I did it well because I was the owner, they do it because it comes natural to them. And of course the bottom line dramatically improved after we implemented the CVI and started putting the right people into the right seats."

For one final question, I asked him how he describes the CVI to people he meets who have never heard of it before. Without hesitation, Kyle enthusiastically said,

"The CVI frees people to do what they are naturally wired to do."

I couldn't have said it better myself.