It's Hip to be Square 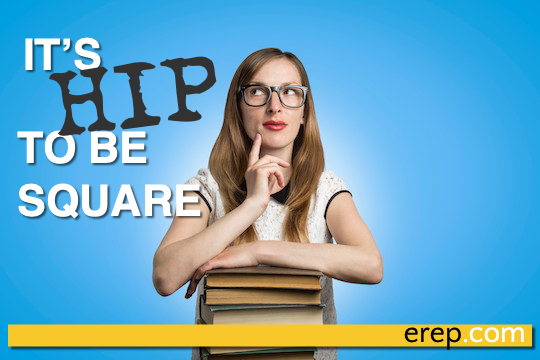 We often talk about profound personality types, people who are the epitome of the four Core Values Index™ archetypes. But what if you have a well-rounded personality? What if your psychometric profile is square with equal amounts of all four?

There are four core value energies within the Core Values Index psychometric assessment. Your particular personality profile contains a specific ratio of these energies, each represented by a score between 0 (none) and 36 (maximum). Your total CVI score equals exactly 72, so when one or more scores are high, others will be correspondingly lower.

When someone's personality profile is dominated by one particular core value energy, we use the word 'profound' to describe it. Someone with a high score (typically 25 or above) in the Builder core value, for example, would be referred to as a "Builder". The same goes for someone who's primary core value lies in Merchant, Innovator, or Banker energy respectively.

But what happens when you have relatively equal amounts of all four core value energies within your psychometric profile? What if your personality is well-rounded, or "square" as your Core Values Index profile graph would be? 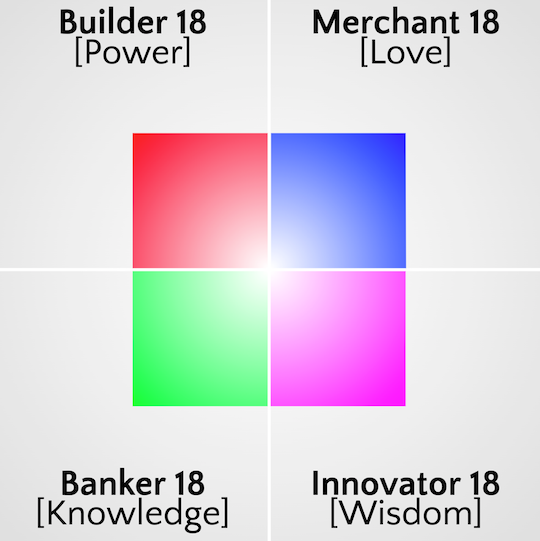 Is it hip to be square?

Having a profound CVI profile means you are dominated by that core value and the way you respond to trauma and recover from it is governed by it. The more profound your primary core value, the further you are away from your other core values — which means it takes more effort and skill to access your other core values, emotional energies that might be very useful in your coping journey.

Well-rounded people don't stay in one core value energy the majority of the time compared to people with profound core values profiles.

Well-rounded people are more easily able to shift into the core value energy needed for the moment. Because of this, they tend to handle trauma and adapt to new situations more easily.

Those with relatively square CVI profiles will unconsciously and adeptly utilize the core value energy appropriate for a given situation. When interacting with someone that has a profound profile, the "square" individual will automatically and unconsciously adjust their behavior, communication style, and even the lens through which they see the other person.

This automatic adaptability makes the well-rounded person's profile somewhat difficult for others to discern. When someone has a profound profile that is dominated by one core value, that core value is easy to guess. It's fairly obviously when a profound Builder or Innovator enters the conversation. The same goes with those who are profound Merchants or Bankers.

But when you meet someone who has a relatively square CVI profile, it will be a challenge to determine which core values energy is primary. They will reflect back the personality profile most appropriate for the situation and the person with whom they are interacting. They may behave very differently with someone else than they do with you, for example.

People with squared CVI profiles can sometimes feel as if their lack of having a profound or dominant primary core value energy is a bit of a curse. Although they are highly adaptable, they can feel somewhat left out when interacting with a group of people who all share the same dominant primary energy.

Having a relatively square CVI profile can feel like you belong to many clubs but hold no position of leadership in any of them.

Those with CVI profiles where all four core value energies are within a few points of each other don't quite belong to any one group. They aren't Innovators or Bankers, nor are they Builders or Merchants, so to speak. They are individuals who can relate to all four emotional energies without belonging to any of them. This can create a sense that they lack identity.

Some would refer to those with squared CVI profiles as being a "Jack of all trades but a master of none." The reality is, however, that these individuals have perhaps the greatest advantage in that they are equally comfortable adapting to whatever the situation requires.

Consider this situation from the opposite perspective. Someone who is a profound Merchant will have relatively lower scores in their other CVI energies. For example, someone with a CVI profile of 22-Builder, 28-Merchant, 16-Innovator, and 6-Banker would do well in activities and professions that require Merchant energy, but they would consistently struggle to engage in activities that rely on Banker energy.

Someone who's profile was a perfect square — 18-Builder, 18-Merchant, 18-Innovator and 18-Banker — would have an equally easy time engaging in Banker activities as they would engaging in Merchant or Builder or Innovator activities. They would be equally comfortable in all four.

Sometimes it really is hip to be square.