It's All About Your Team: A Profile of Ted Davis, Airstream Adventures Share: 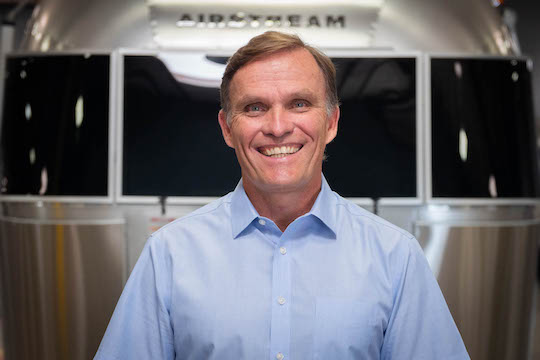 "Our team members don't work for me, they work for our guests." — Ted Davis, CEO/President, AANW Holdings, LLC.


I met Ted Davis, Chief Experience Officer (CEO) and President of Airstream Adventures on an overcast weekday in mid-October at their company headquarters in Clackamas, Oregon.

A customer's pickup truck, with a shiny new aluminum Airstream travel trailer hitched to the back, were parked in a staging area alongside the building. The smiling husband and wife pair were going over final details with a Guest Specialist before pulling away to begin their new adventure.

Their smiles were a prelude to what I would learn about why Airstream Adventures has been so successful, and it's not about the iconic trailers.

As Ted Davis put it, "We remind ourselves that the Airstream is just a conduit to something greater," he told me. "We don't sell Airstreams, we sell memories and adventures."

I also learned the couple picking up their new trailer aren't customers, they're Guests. 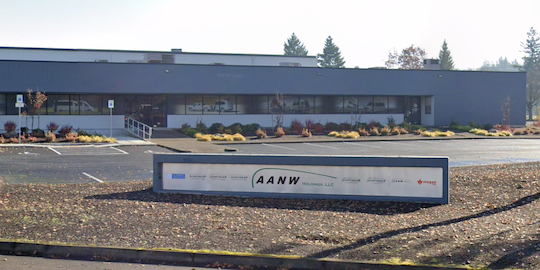 Going beyond an attitude or perspective, The Guest Experience is a deeply held philosophy that integrates into every aspect of how Airstream Adventures operates. It guides how they function, and more importantly, it guides who they hire.

"Our team members don't work for me, they work for our guests," Mr. Davis told me. He repeated that point because it is integral to everything they do.

After researching Airstream Adventures and speaking with employees, it was clear that Ted and his leadership team place a high priority on the engagement and happiness of their team members (don't call them employees). In fact, the team comes first.

One of the first questions I asked was, "How do you draw the connection between your 'team members first' philosophy and your success as a company?"

Airstream Adventures isn't just a feel-good organization that coddles and pampers their staff, though. Along with empowering and encouraging their team members, they also hold them accountable to very high standards of respect and care. Everything they do is about the Guest Experience.

Operating in Washington, Oregon, Idaho and California, Mr. Davis noticed that they were developing four different cultures within the organization. He knew he needed to find a way to keep the entire team pulling together in the same direction and providing their Guests with a consistent, positive experience.

He created the D.O.P.E. principles and put them in writing. It informs and drives much of their hiring decisions.

"We look for team members that possess the D.O.P.E. principles. Do they have drive? Do they take ownership of what they do and what their team members do? Do they have a passion for providing outstanding Guest service? And can they execute and get things done?"

"We can support the D.O.P.E. principles within each team member, but not teach them," he added.

Much of how team members are expected to operate and behave is gauged by how they handle adversity. When something goes wrong, is it a tuition or expense? Ted explained:


The Value of a Great Team

When team members think it's the company that funds their paycheck, it's not. It's the Guest. — Ted Davis

Mr. Davis founded Airstream Adventures with his two partners, Parker Johnstone and John Dimmer, in 2010. Since day one, they have been profitable and cash-flow positive. Ted insists this is a direct result of their unwavering focus on a positive Guest Experience and their understanding that their team members are what makes that happen.

He said, "When team members think it's the company that funds their paycheck, it's not. It's the Guest."

There is a strong sense of priority in how Airstream Adventures operates, a kind of flow of how things work. It starts with the team members. Their guests can't have a positive experience if the team members aren't engaged, enthused, and focused on that experience. (Are they D.O.P.E.?)

And profitability won't come about if their guests aren't happy.

This order of priority — team members then guests then profit — is what has made Airstream Adventures so successful.

I asked Ted how they ensure they have the best team players possible.

"We recognize that hard skills can be taught and learned, but soft skills must be brought to the table by the candidate themselves. A lot of our interviewing and screening process is spent determining if those soft skills are present."

The labor market is in new territory right now with the Great Resignation in full swing. Employers in practically every industry are scrambling to find qualified candidates and the negotiating position is strongly in the candidate's favor.

I asked Ted how they maintain their focus on hiring and retaining the best people for the role while fighting the urge to hire any warm body with a pulse who says yes to a job offer.

"We've learned our lesson the hard way. We've done that — hired warm bodies — and learned the negative impact of hiring a pulse and not a DOPE." He smiled at the double entendre, adding, "We have some fun with that one."

Ted referenced a maxim from the auto industry. "Fire fast and hire slow." Although I got the impression he wasn't overly comfortable with the perceived coldness of that attitude, he saw some value in its premise.

"Every team member impacts the Total Guest Experience. So there's pressure to fill the role, but we can't allow that to make us shortsighted. Our HR and Senior Leadership team really helps to slow that process down and make it more deliberate. By having several team members involved in interviews, we spread the burden to overcome individual bias and judgment and ease that sense of urgency. This helps prevent hiring someone who's just a warm body."

Numbers are numbers, though, and sooner or later an empty seat must be filled. "What ways have you come up with to get more candidates to apply?" I asked.

Airstream Adventures uses a combination of sign-on bonuses, and what Ted called interview bonuses. "If you make it past the phone interview to a physical or Zoom interview, we offer a $250 bonus just for talking with us. That has helped. It gets people in front of us so they can tell their story and we can make a more informed evaluation from there."

They also conduct interviews during off-hours when needed. "We recognize that people have busy lives, so we try to be flexible around their schedules by offering interviews in the evening or on weekends."

This goes a long way toward making the company more attractive to candidates. It shows the candidate that they will matter once they join the Airstream Adventures team.

As our interview wrapped up, I had one final question for Ted.

I wanted to to know what traditional or long-standing hiring and retention practices would he like to see buried in an unmarked grave and forgotten.

Without hesitation, he said, "Resumes and reference checks."

Mr. Davis explained, "A resume is the Cinderella story of someone. It's all from their perspective and adds no value. It doesn't tell you about the person, just date and time stamps of what they've done. It's highly overrated."

A resume is the Cinderella story of someone. It's all from their perspective and adds no value. — Ted Davis

"They are so limited in what they provide. All you really get is confirmation that the person worked there."

Instead, Airstream Adventures prefers to spend time talking with the candidate, getting to know them, and more importantly, discerning if those D.O.P.E. soft skills are there. They rely on interviews with several members of their team so that they are viewing the candidate through multiple lenses. "Collectively we might be a better judge of the candidate's character," Ted said. They also use psychometric assessments and behavioral analysis to add clarity.

When the interview ended and Ted and I chatted as we walked from the conference room to the lobby, I felt two distinct emotions: I really want to buy an Airstream trailer, and if I didn't already have a wonderful job at eRep, I'd love to join the team at Airstream Adventures.

You can learn more about Airstream Adventures at www.AirstreamAdventures.com