Finding My Professional Path: An Interview with Jeff Jarchow 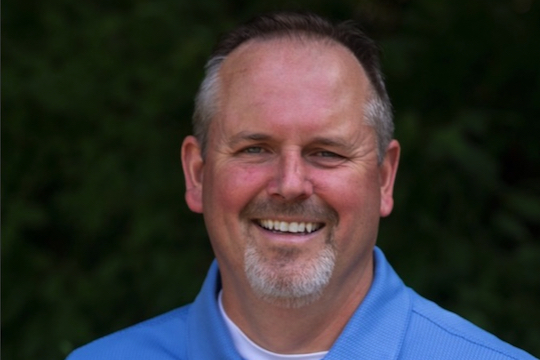 As he told me, "I lost track of who I am. I found myself asking, What am I doing?"

I reached out to Jeff a few weeks after he purchased and completed the CVI. I was curious what he thought about the assessment and if he felt the results had been useful. He responded almost immediately, "The CVI has helped me immensely," and was eager to talk more about his experience.

I caught up with Jeff on the phone a week later and what started out as a chance to share feedback about the CVI assessment turned into a conversation between two people who share a love for what this amazingly accurate personality tool can provide.


The CVI Wasn't the First

The CVI wasn't the first psychometric assessment that Jeff has taken. He actually has a long history of self discovery and attempts to better understand himself and his ideal professional — and personal — path.


Jeff's journey of self-assessment and discovery is one many of us share.

I was curious why Jeff felt this way after taking so many other personality tests and psychometric assessments. I wanted to know what motivated him to take yet another — the CVI.

Jeff said, "There is a perpetual question in the back of my mind that I know my strengths and skills. I'm mid-life and in a transitional space. I know my strengths, my style. I think I'm struggling with my motivation, but also want to know what is my real passion?"

Expanding on that, Jeff added, "My issue is I have too many passions. There was something about the whole 'wisdom' and 'love' motivation in my CVI profile that made sense to me."

Jeff has an undergraduate degree in electrical engineering. As he told me, "It wasn't creative enough." After graduation, he worked in various roles including project management — which appealed to him — and marketing, which also spoke to his underlying hardwiring as an Innovator/Merchant.

Some jobs worked and some didn't.

As he described his progression of roles, including his completion of graduate school in marketing and strategy, I could sense a pattern in his search for the career track that fit him best.

"I got to be all things, the axle on a bike wheel with all the techs being the spokes going out."

Project management provided some hope of satisfaction. "I got into project management for a service based company that I loved. It entailed blue sky problem solving all the time, focusing on new tech in the medical field. I led a team of project managers. I got to be all things, the axle on a bike wheel with all the techs being the spokes going out."

The pattern builds when he got into marketing for a famous greeting card company. The ability to make people's lives brighter through words had its appeal but that market segment suffered industry-wide downturns and the money wasn't there. The culture was great but it wasn't financially feasible to remain.

Jeff turned to the big corporate world, working at both publicly traded and privately held Fortune 500 companies. The former, a food marketing company, had a "do-er" culture but "I was more knowledge-oriented. It was hyper competitive based on just doing. I was asking myself, 'Am I doing the right things?'"

He had more luck at the privately held company. "I had more freedom and flexibility. I was turning around a solution, driving innovation in a cross-function team. We were working toward the same goal."

Again, the pattern became clearer of what appealed to Jeff and what didn't. For those who share Jeff's Innovator or Merchant energy within their own CVI profile, some of this may seem familiar.

"I like to build a team and then enable people to do their best work in the way that works best for them."

Jeff nailed the very definition of what it means to be an Innovator/Merchant when he told me, "I've always had a creative itch. Corporate life can be too boxed in for me. I like to build a team and then enable people to do their best work in the way that works best for them."

Innovation and team work. Nothing is more classical Innovator/Merchant than that.

When Jeff completed his Core Values Index assessment and read his report, it confirmed much of what he already knew or suspected about his personality's DNA, but it also added something new.

"The CVI told me in explicit terms, I am not a 'do-er' [Builder] like some people. I am an innovative creative problem solver with people. In past roles and tasks that had more of a focus on doing and less on creativity or innovation, that didn't work well. It caused me to look at various psychometric assessments for clarity."

The CVI confirmed for Jeff the kind of activities that didn't align with his personal operating system. What were his strengths?

"I know I'm very strong relationally. The CVI confirmed that perspective more accurately than any of the other assessments that came before it."

Jeff added, "The CVI told me, 'Your strategic and creative innovative framework side is stronger than your relational side.' That flip from what I previously assumed about myself stood out because the other assessments said my relationship energy is strong. That's only partially true, however. In my case, I do still have some relationship energy within me but it's not dominant like I had previously been told."

In Jeff's case, it's true that his Merchant and relational energy isn't dominant, but it does support and help shape his primary Innovator core value. One way to express Jeff's personality is he is a 'relational problem solver.'

Jeff's biggest motivation for taking the CVI is to find clarity and a clear direction for his career path going forward. He's already tried several avenues in the past, and finding himself in the middle of his life, he wants to make the second half count.

I asked him, "How are you using the CVI to both shape and reach your vocational goals?"

Jeff has worked with a Core Values Index coach. "We've spent some time chatting through it all, and right now I'm coming back to the fact that I'm strong in innovation and relationships. I'm recognizing how much I need to be focused on that as I create my consultancy or get a more traditional job at some point."

"My work with the CVI and the insights it is giving me about my innate hardwiring is shaping the nuance and direction of my work."

In more depth, Jeff has reached the personal insight that, "I need to be in that kind of strategic role, instead of being lulled into the past of marketing and project management. My work with the CVI and the insights it is giving me about my innate hardwiring is shaping the nuance and direction of my work."

I asked, "How has the CVI influenced your thoughts about your professional future and potential career paths?"

"The CVI brought out the idea that I am probably wired for consulting. I think that's been a bit of a question in my mind, 'Am I wired for this?' As my coach and I talk through stuff, I'm reaching the conclusion that consulting is likely my sweet spot."

"The CVI has validated some direction and some things internally as I evaluate the process of where I am."

Choosing his path for the second half of Jeff's career is only one area of benefit the CVI has provided him. He has also gained insight and wisdom in how the CVI positively impacts and benefits relationships.

I asked, "Is the CVI shaping or influencing how you perceive others, especially when you first meet them?"

"I realize I can rely on others' strengths to balance out where I may not be as innately motivated."

Jeff told me, "I'm starting to look through it a bit differently. The other thing the CVI talks about is balancing your skill set with others of the opposite drive, which influences how I may shape my consultancy. It made me think of others in a new way and to clarify my evaluation of others. I realize I can use others' strengths to balance out where I may not be as innately motivated."

The CVI provides answers about how people are hardwired, and for an Innovator like Jeff, that can be a temptingly powerful tool to help solve all kinds of problems — which is something that makes Innovators thrive.

"I think the CVI provides a low barrier of time and cost when you ask people to take it, for partnerships or even as we enter certain client relationships. I think it will help me to engage with them better."

At the end of our conversation, I was struck by two key aspects of Jeff's experience and perspective on the CVI.

First, he'd taken numerous other psychometric assessments and personality tests. Clearly he was searching for answers, and considering that he was still willing to take yet another indicated he'd not found his 'thrive' up to that point.

It's one thing to know the soup tastes bad, it's another to know which ingredients were causing the foul taste.

Second, Jeff had realized based on his own experiences that some aspects of his career had been very fulfilling while others were draining his soul. He needed clarity to sort it all out and determine the reasons why he had those reactions in each role. It's one thing to know the soup tastes bad, it's another to know which ingredients were causing the foul taste.

The CVI has given Jeff a great deal of clarity and knowledge about how he is hardwired. Comparing that knowledge to his experiences in past roles is helping him sharpen and hone his ideal path forward. He's inches away from having the true answer to one of his most important challenges, "I need to find my 'why'."