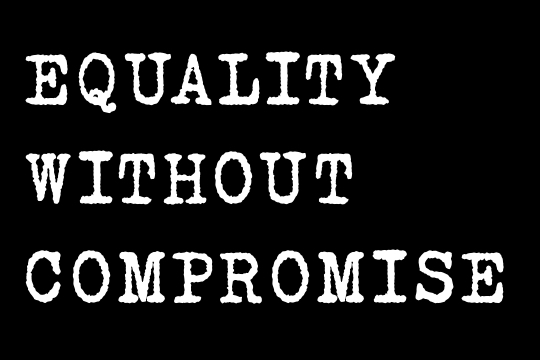 Would it be a gross understatement to say there has been a lot going on in the world lately? 2020 has been a challenging year so far and it doesn't seem to be settling down any time soon. Events surrounding the coronavirus pandemic and resultant economic calamity have impacted every one of us.

However, the protests over police brutality against black Americans have been the most eye-opening for me.

I recently read The Color of Law by Richard Rothstein. It was shocking to read the real history about institutionalized racism in America. It is truly systemic and prolific. (I use the present tense because it is still going on.)

A lot of the United States history I was taught in school was heavily whitewashed. I am learning that the reality of what African Americans and other peoples of color have faced throughout the history of this nation has been ignored or even suppressed.

Throughout the Black Lives Matter movement and its surge of public support in recent weeks, I have reflected on my own behavior and attitudes growing up, and the words and actions of my family, friends, and community up to the present day. Looking back, I painfully see with growing clarity and shame my own biases that I am earnestly striving to identify and overcome.

I have learned a few things so far.

There is a difference between racism and bias. We all have biases, even if we're not aware of them. In fact, one of the most common cognitive biases is 'blind spot bias' where we notice bias in others but not within ourselves.

Biases are the stories we make up about people before we even know who they are. — Verna Myers

I am reading articles and watching videos and having conversations to soak up as much as I can about the reality of racism in America, and I know that I will never fully be able to understand the true feelings of what it's like to be a non-white person. But I want to.

I recently attended a Black Lives Matter rally in my hometown, a small city of roughly 10,000 residents, almost all of whom are white. About 200 of us stood on the curb of the main street holding signs and waving at cars as they drove through town. Many honked and enthusiastically waved their hands in support of our message. Some scowled and shook their heads, and a couple even used obscene hand gestures, but fewer than I expected. I see a lot of big 4x4 trucks driving around my town with Confederate flags proudly waving from the back, but I saw none the day of the rally.

During this experience, I had an epiphany about what equality means. I realized that equality must exist without compromise or it isn't equality at all.

Equality is a word defined to mean "the state of being equal, especially in status, rights, and opportunities."

There should never be an asterisk after the word 'equal,' nor should the phrase, "Equal, but..." ever be uttered.

Equality must be ubiquitous and universal.

It should never be situational, and it should never exist exclusively during moments of convenience. Equality should be omnipresent, not localized. "As long as they stay in their part of town we'll get along great." Many discriminatory housing policies of the 20th century used the excuse of social harmony between races to sequester and isolate blacks in less desirable areas.

Equality should be without qualification or prerequisite.

We must end the time when lies are told and lies are spread by willfully ignoring the truth. The truth is racism exists in our nation today and always has. And the truth is that it must end. We must stop making excuses for racism by giving it other euphemistic names in a poor attempt to minimize it or even act as if it is something else entirely.

"You're very smart for a black woman" and phrases like it represent an insidious form of racism and inequality that rots the soul of our society like a slow cancer. "How do you get your hair to look like that? Can I touch it?" is beyond impolite.

"I'm sorry you can't take a joke," is an immoral response when someone is offended by a comment. It's not up to you to determine if something is offensive to another person. Appending, "I didn't mean it in a racist way" doesn't magically make it okay.

Equality should not be minimized or trivialized. You have probably heard someone say, "I believe in equality whether you are black, brown, yellow, purple or polka dotted." You can leave out the qualifiers, and definitely leave out the purple and polka dots. That dehumanizes people.

Screaming, "White lives matter, too!" during a Black Lives Matter rally is like shouting, "Healthy people matter!" during a 10k run to raise money for breast cancer research.

Separate but equal doesn't represent equality. It is a manifestation of deliberate inequality through exclusion that is thinly hidden under a veil of semantics (it's not hidden at all, actually).

Equality, like justice, must be blind. It isn't though. Not yet, anyway. For equality to exist in lending and hiring and every other aspect of life, we cannot see race or religion or sexual orientation or any other irrelevant characteristic in our actions and decisions.

Denial that white privilege exists doesn't make it go away any more than saying "That's not my truth" makes the coronavirus any less deadly. Is it easier to swallow if the phrase is changed to "Non-white disadvantage?" Does that make it more palatable and easier to understand? It still exists in all its harmful malignancy either way.

Blaming inequality on social inertia — "That's the way it has always been" or "That's how I was raised" — is moral laziness, reprehensible and vile.

Raising one group of people up to a state of equality does not take anything away from another group that already has it.

We cannot reach a place of true equality until everyone is equal. It sounds straightforward and it is, but it requires courage for those who are already in a position of privilege and advantage to expose racism and bias — seen or hidden, acknowledged or denied — to the light of day so that it can actively be eradicated and eliminated from society.

Equality is deserved by all, it is a right we possess from birth, and it must exist without compromise.

What are you willing to do to make that happen?