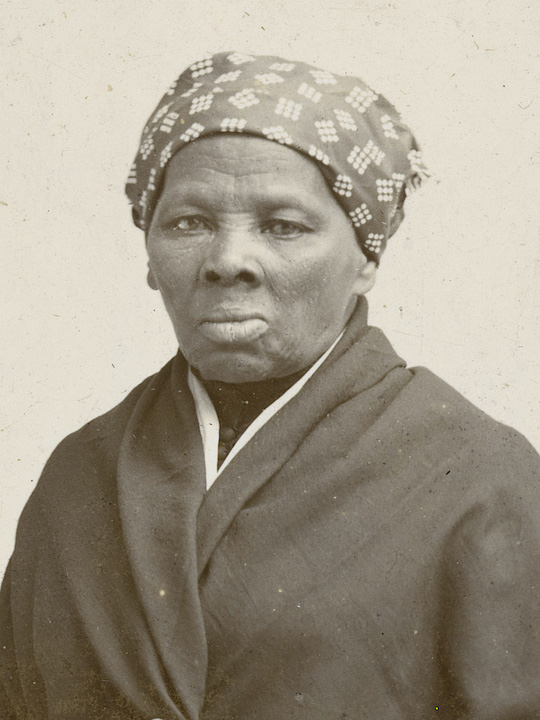 
"There was one of two things I had a right to," Harriet Tubman explained, "liberty or death; if I could not have one, I would have the other."

The story of Harriet Tubman is one of decisive compassion and justice. She was a courageous and dedicated hero of freedom at a time in American history when human beings were considered property to be bought and sold. She focused her indomitable will toward the righteous goal of raising all of humanity to a state of equality and justice.

We have a history of Harriet Tubman's trials and accomplishments, but what do we know about the woman herself? In this article, we will analyze her history and actions and relationships and drive to produce a psychometric profile of what may be America's most inspirational icon of personal freedom (and all-around badass).

Harriet Tubman was born sometime around 1822 (the exact date is unclear) in Maryland with the given name of Araminta "Minty" Ross. Her enslaved parents were Harriet "Rit" Ross and father Ben Ross.

Araminta learned early in her life that resistance against white slave owners was possible when she witnessed her mother, Rit, defend the sale of her youngest son, Moses, saying, "You are after my son; but the first man that comes into my house, I will split his head open."

Minty, as she was nicknamed, cared for her master's small child and was whipped if the child woke and cried. She learned how to find solutions to challenging problems, by hiding effectively and wearing layers of clothing as protection against beatings (and fighting back). This resourcefulness and grit would help her as an adult.

In 1844, Araminta Ross married John Tubman, and in addition to taking on Tubman's last name, she changed her first name to Harriet, after her mother.

Now going by the name Harriet Tubman, she escaped once with her two brothers (leaving her husband behind) but returned when the brothers had second thoughts. The two men went back, forcing Harriet to return with them. Soon afterward, Harriet escaped again, this time alone. Tubman demonstrated her natural leadership throughout her life while also exhibiting a remarkable ability to think and act independently.

Despite the mortal danger she faced as an escaped slave, Harriet Tubman returned to Maryland many times to rescue others. She was compelled by a sense of compassion for other people as well as a drive to pursue justice. For example, after going back to get her husband John, she found out he had since married another woman. She checked her anger and instead of bringing him north, she found other slaves who wanted to escape and guided them to freedom in Philadelphia.

Every time Harriet went back to rescue others, she became more confident. She helped several relatives, and even her aged parents, declaring, "I was free, and they should be free."

Some hallmarks of Harriet Tubman's actions and attitudes are her courage in the face of danger, tremendous ingenuity and versatility in finding covert ways to get slaves safely through the Underground Railroad, her compassion for others, and her selfless and unwavering sense of justice.

Tubman was brave as well as tenacious. She helped the Union Army in several important missions during the Civil War as a scout and guide. Later in life, she fought alongside suffragists Susan B. Anthony and Emily Howland, seeking to gain women the right to vote. To her, the connection between personal freedom and the right to vote were interlinked.

Because of these qualities, we estimate that Harriet Tubman's Core Values Index profile was likely primarily Builder and secondarily Innovator. She never hesitated to act and took bold action as both an individual seeking freedom and as a leader of others. Tubman was innovative and never backed down from a challenge to solve problems that had potentially fatal consequences if she failed. She was also driven by compassion for others, a trait attributed to Innovators more than any other core value energy.


Harriet Tubman's tertiary core value energy was likely Banker. Her sense of justice was a powerful component of her personality, although it played a slightly smaller role in her life behind her decisive action and innovative compassion.

Merchant core value energy was most likely Harriet Tubman's lowest attribute. She exhibited no indication that she cared what others thought of her, nor did she show any tendency toward social manipulation of others (both of these are characteristics of Merchant conflict resolution strategies).

Builder/Innovators excel at getting things done in challenging situations, and do not hesitate to act whether operating alone or in a leadership position. These qualities, and more, describe the likely psychometric profile of one of the bravest and most compassionate individuals in American history.