If you've ever seen Monty Python's Life of Brian, the following exchange will be familiar:


Brian: You've got to think for yourselves! You're ALL individuals!

The Crowd: [in unison] Yes! We're all individuals!

Brian: You're all different!

The Crowd: [in unison] Yes, we ARE all different!

Lone man in crowd: I'm not.


We hear a lot of advice to be ourselves. That's a good idea. Figure out who you are, your true and authentic self, and be that at all times.

These platitudes are wholesome and can be purchased on T-shirts and bumper stickers in the gift shop. It's on the left as you leave.

Here's the rub. Human beings are the second-most complex creature on the planet (we still haven't made the full measure of dolphins) and we cannot be narrowed down to simple slogans. Our personalities are even more diverse than our taste in pizza toppings.

For the sake of argument, however, let's assume you have taken a few solid steps toward figuring out who you really are. The first step, of course, should be taking the Core Values Index psychometric assessment. The second is reading your comprehensive CVI report and getting to know your particular ratio of four core value energy types.

If you take the CVI, you will see a graph like the one below that shows how much of the four core value energy types exist within your personality. You will also see ratios of six emotional contribution types. It is this particular combination of psychological characteristics that comprise your unique personality. 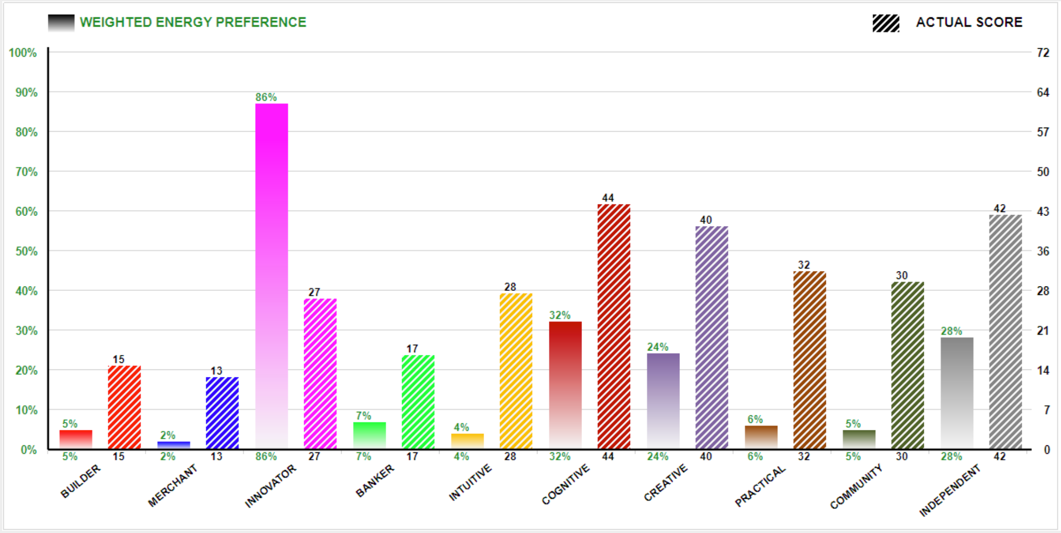 In this chart, you see my particular CVI profile. My profile is 27-Innovator, 17-Banker, 15-Builder, and 13-Merchant. I describe myself as an Innovator/Banker.

Being Someone I'm Not

Imagine being a highly creative person put into a situation where you have to act logical.

I'm not a Merchant. I have very little Merchant energy within me, so it feels odd or even uncomfortable to put myself into that emotional or intellectual space. But I learned recently that choosing to think like a Merchant can be very helpful.

I have been working with a professional colleague who is a profound Merchant. They see things from an entirely different perspective, and go into engagements and situations with an emotional energy and motivation that is almost entirely foreign to me.

Merchants are adept at engaging others, drawing them together toward common goals, and motivating the team to achieve shared success. They are masters at reading body language and at intuiting subtle meaning and intent (you can't lie to a Merchant, they can tell). Because of this, I have learned to rely on my colleague to guide me as I work on a project with a team of people I've never met.

Normally, tapping into your lowest core value energy will feel uncomfortable, like wearing a suit tailored for someone else. But I discovered a way to make it an enjoyable process.

Although acting like a Merchant is the farthest away from my default emotional approach, because I have chosen to engage what little Merchant energy I have within my psychological profile, and because I can see and experience the benefit of doing so, it hasn't been uncomfortable at all. In fact, it has been energizing in a surprising way.

Although it can be argued that someone who is a profound Innovator like I am trying to act like a Merchant is a case of being someone I'm not, the fact that I'm making the choice to do so for obvious benefits has made it an enjoyable and productive effort.

I am an Innovator, and Innovators want nothing more than to solve problems. It is our joy in life. By choosing to tap into Merchant energy, I have gained access to a set of interpersonal tools that were previously unavailable. I now have the growing ability to better solve problems, something until recently I avoided like No Face-mask Day at Costco (not available in all areas, some restrictions apply).

This path of discovery and growth entails three key steps:

Following this process to engage your lowest core value energy will not only prove to be very useful, it can also be surprisingly enjoyable. 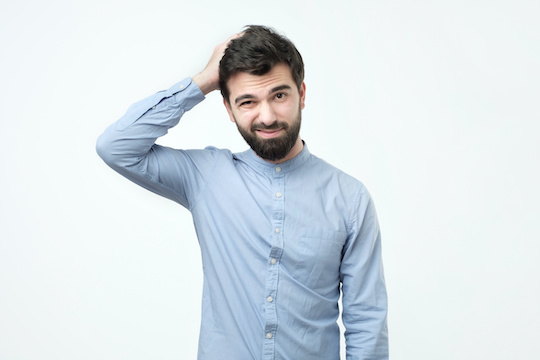